What is Schizophrenia,Schizophrenia is a severe mental disorder in which a person interprets reality abnormally.They are more into Hallucinations and Delusions as per which, they talk and behave in a very abnormal way and seems as if they are talking or arguing with a person who is not there in reality.

At times or depending on the severity, Schizophrenic people result in combination of hallucinations, delusions and disordered thinking and speech that impairs their daily functional life and appears to others that they are disabled to do anything in a right or correct manner as per the customs and society.

The main symptoms of Schizophrenia are Hallucinations, Delusions, Disordered thinking, behaviour and speech. Among the negative symptoms, we can narrate the symptom as reduced or lack of ability to function normally. For example, the person may neglect personal hygiene or appear to lack emotion (doesn’t make eye contact, doesn’t change facial expressions or speaks in a monotone). Also, the person may have lose interest in everyday activities, socially withdraw or lack the ability to experience pleasure.

It’s not known yet what are the causes or reasons of schizophrenia, but researchers believe that a combination of genetics, brain chemistry and environment contributes to development of the disorder.

Problems with certain naturally occurring brain chemicals, including neurotransmitters called dopamine and glutamate, may contribute to schizophrenia. Neuroimaging studies show differences in the brain structure and central nervous system of people with schizophrenia. While researchers aren’t certain about the significance of these changes, they indicate that schizophrenia is a brain disease.

Although the real cause for Schizophrenia is yet not discovered after detailed study and research by the experts, certain factors seem to increase the risk of developing or triggering schizophrenia, including:

If Schizophrenia is left untreated and not diagnosed properly, it may lead to severe complications that affect every area of life. Associated complications can include the following:

Diagnosis of schizophrenia involves ruling out other mental health disorders and determining that symptoms are not due to substance abuse, medication or a medical condition. Diagnosis of Schizophrenia may include:

What is Schizophrenia,Schizophrenia requires lifelong treatment, even when the causes or symptoms have subsided. As it happens with the cases that when it is diagnosed that they are suffering with schizophrenia then except for their mental and brain care, the other health issues are ignored sort of. So if any of the patients recover from the Schizophrenia problem and mentally they become fit and strong, the other health issues might increase in the meanwhile and cause their death issues. Then it is certified by the surroundings and all that the death of the patient took place due to Schizophrenia.

So we should take care of the whole body when undergoing any treatment for Schizophrenia. Treatment with medications and psychosocial therapy can help manage the condition. In some cases, hospitalization may be needed.

The most common medication for Schizophrenia are the antipsychotic medications or drugs.

The goal of treatment by antipsychotic drugs is to effectively manage the signs & symptoms at the lowest possible dose. The doctors or the psychiatrists may try different drugs or different doses to achieve the desired or expected result, as these medications do not show immediate result but takes some time to show the positive or negative result. Other medications also may help, such as antidepressants or anti-anxiety drugs. It can take several weeks to notice an improvement in symptoms.

For example, someone who is resistant to taking medication consistently may need to be given injections instead of taking a pill. So it’s always suggested to ask the Doctor or Psychiatrist about the ifs & buts or benefits or si

Types of Schizophrenia and Symptoms 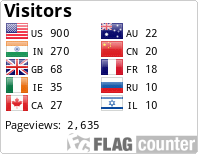 How is a Person Diagnosed With Schizophrenia

How Dopamine And Schizophrenia related

3,503 thoughts on “What is Schizophrenia”